Immersive gameplay and an epic story

In the action-heavy space adventure Space Rift, the gamer takes full control over a veteran pilot's spaceship in the midst of an oppression-filled tyranny. After endless years of war, humankind was forced to emigrate to Mars and has been living under an enormous glass dome ever since. The organizations WEYSS and PANDORA have the monopoly on vital resources, such as water and oxygen, and force the rest of humankind to live a sorry existence in slavery. In Space Rift the gamer steps into the role of Casey Black, who is also struggling to survive. He unexpectedly joins a secret grouping and takes on the figth for the independence of humankind with the help of said group.

Virtual Reality: science fiction closer than ever before

In bitComposer Interactive’s Space Rift, science fiction lovers get their money’s worth. Gamers steer their spaceship through the galaxy and fly through space in their own VR cockpit with panoramic view. They collect valuable ressources to upgrade their space ship and use them later on in the dangerous battle against their enemies. Thanks to the VR technology the gamers do not only watch the fights, but find themselves right in the midst of the battle for the freedom of mankind.

Space Rift was developed specifically for Virtual Reality headsets. The game impresses with intense, cinematic science fiction gaming fun and a diverse and profound story. Thanks to the new technology gamers experience breathtaking gameplay and immerse themselves completely in the game. Besides Oculus Rift and HTC Vive, Space Rift supports all popular Virtual Reality headsets. Come summer, Space Rift is available at a price of $19,99. Even gamers who don't have one of the necessary headsets for the virtual reality optimized game available, can play the game.

For further information, go to the game’s website: http://spacerift-thegame.com.

About Vibrant Core
Vibrant Core is an independent development studio based in Bonn.
The young and highly motivated team specializes in realising outstanding PC and console games for the new technical possibilities arising from Virtual Reality. Vibrant Core is developing games optimized for Virtual Reality that are playable on all current systems with the available VR headsets. The developers are enthusiastic about the possibilities resulting from the new technology and want to take a leading role in the emerging marketplace of Virtual Reality games. 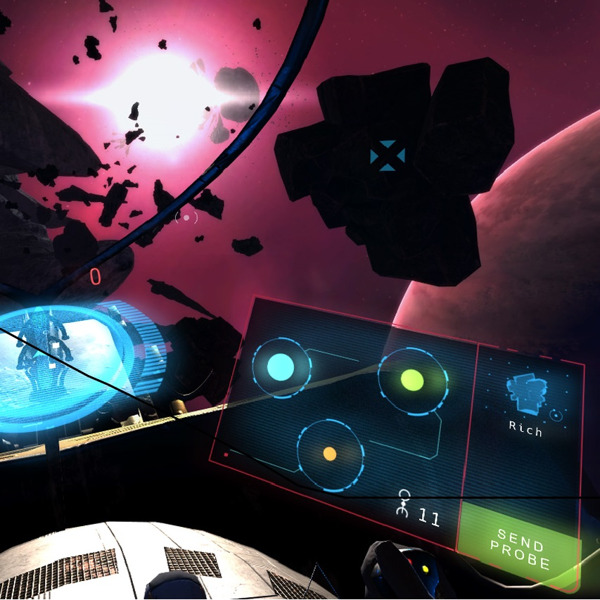