Tuesday, August 16, 2016 — Players can check out the demo version of Space Rift - Episode 1 for free and dive directly into the fascinating VR universe. The demo is accessible via the Space Rift Steam product page at no charge and can be found here.

Last week, the first episode of the VR game Space Rift - Episode 1 was released for all established VR headsets for PC via Steam and the Humble Store. Now, the playable demo for Space Rift - Episode 1 is also available via Steam for free. This demo offers players the opportunity to get a straightforward first impression of the action-packed and story-driven cockpit experience.

In part five of the making-of series of Space Rift - Episode 1, publisher bitComposer and developer Vibrant Core talk about VR technology and the platforms on which Space Rift - Episode 1 is available. Space Rift is a VR optimized title that offers players all common control options for VR. Both game controllers of current VR platforms and the classic control with a gamepad can be used in order to take control of the ship in the VR space adventure.

Space Rift - Episode 1 is enacted as a kind of interactive movie, in which players can fly freely through space and are able to pursue many different action opportunities. A new making-of video with background information concerning controls, immersive VR experiences and more can be found here.

Space Rift is specifically designed and optimized for VR headsets such as Oculus Rift, HTC Vive, Gear VR und PlayStation VR. The cinematic story paired with the gameplay and level design is what makes Space Rift unique in this regard. Space Rift thrills players with a movie-like atmosphere, which reveals itself in the scripted missions and dozens of dialogues with detailed characters. Unlike other VR mini games and tech demos, which have been released for VR so far, Space Rift is a complete game experience.

Space Rift is available for all major VR headsets applicable for PC at a price of USD/EUR 19.99 (GBP 14.99): namely via Steam and the Humble Store. The Android GEAR-VR version of Space Rift will also be released in Summer 2016 and the PlayStation VR version is planned for Fall 2016.

Further impressions can be taken out of the official Gameplay- and Mixed Reality-Trailer. A 9-part making-of documentary is also available and will be released weekly. 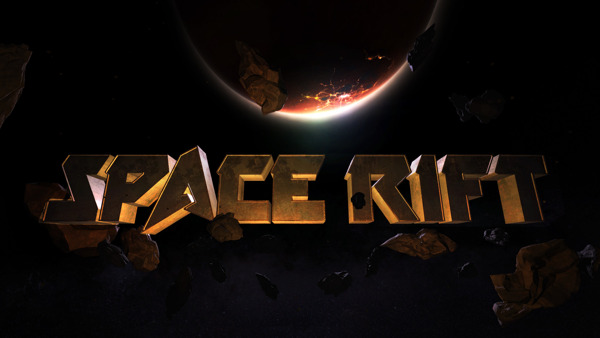