In the third part of the making-of series of Space Rift publisher bitComposer and developer Vibrant Core talk about the unique features of the VR space adventure with a focus on the gameplay and level design. You can find the related video here.

The action-packed, story-driven space adventure Space Rift has already been announced by bitComposer Interactive in May and is being specifically designed and optimized for VR. The recently released mixed-reality announcement trailer depicts how the eminent intensity of the large-scale Virtual Reality adventure scores off conventional gaming experiences.

The new making-of video shows what makes Space Rift special in comparison to other conventiontal VR titles. The cinematic story paired with the gameplay and level design is what makes Space Rift unique in this regard. Space Rift thrills players with a movie-like presentation, which comes to the fore due to scripted missions and dozens of dialogues with detailed characters. Unlike other VR mini-games and tech-demos that have been released for VR Space Rfit is a complete game experience.

“With Space Rift we wanted to create an experience, which offers players everything they expect from a ‘usual’ game prodution,” says Gihad Chbib, CEO, Vibrant Core. “But Space Rift is even more than that, since it is optimized and playable with VR.”

Alongside the cinematic presentation Vibrant Core has been focusing on the variety when it comes to gameplay and level design: “Since we have different focus points, that were designed independently, the gameplay is very diverse,” says Milan Pingel, Lead Designer, Vibrant Core.

Vibrant Core is an independent development studio based in Bonn.

The young and highly motivated team specializes in realising outstanding PC and console games for the new technical possibilities arising from Virtual Reality. Vibrant Core is developing games optimized for Virtual Reality that are playable on all current systems with the available VR headsets. The developers are enthusiastic about the possibilities resulting from the new technology and want to take a leading role in the emerging marketplace of Virtual Reality games. 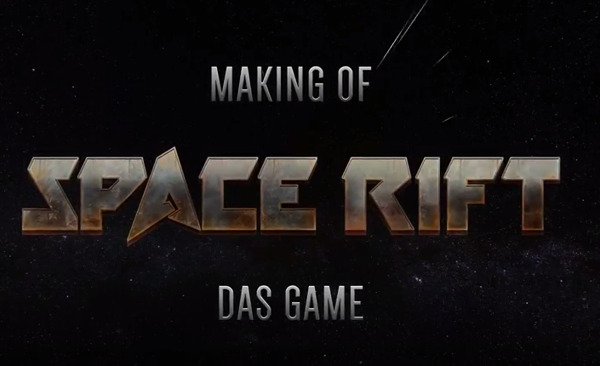